SAPEA report discussed at an event by the Global Young Academy

SAPEA Evidence Review Report “A sustainable food system for the European Union” was presented at a webinar “Transforming Food Systems: Public Trust and Engagement to Reach the UN SDGs” on 2 June 2021. The event was organised by the Global Young Academy.

Carina Keskitalo, a former member of the Group of Chief Scientific Advisors (GCSA) presented SAPEA, and referred to its publications on the topic of sustainable food system; the literature review and the Evidence Review Report.  She praised how extensive and solid the SAPEA evidence review was. She underlined the importance of involving social sciences in order to make sense of citizens’ attitudes towards food and presented the recommendations of the GCSA included in the Scientific Opinion on this topic. She particularly stressed that a focus  on power asymmetries in the food system and the power of food retailers is necessary. 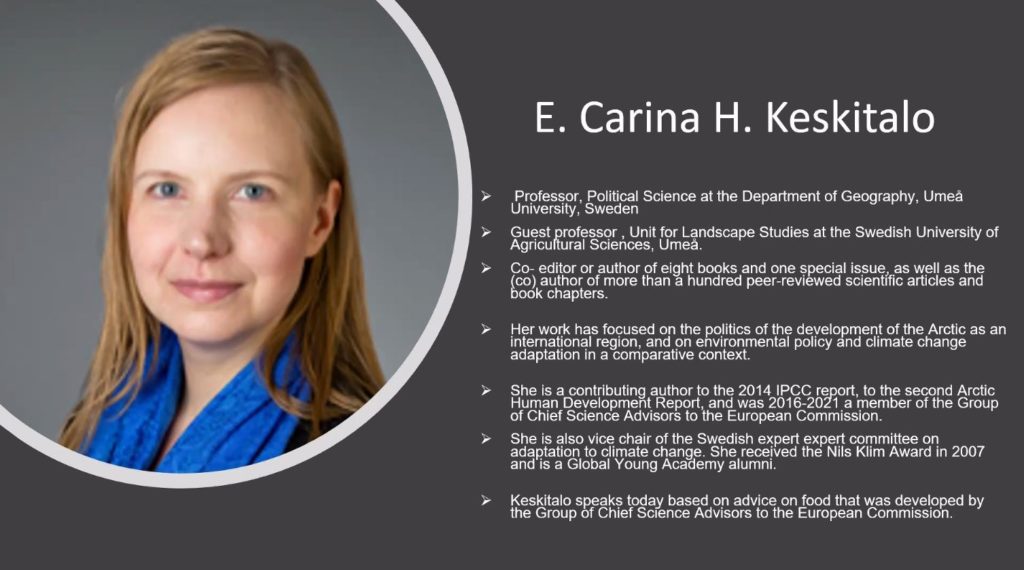