The launch of SAPEA

To mark the launch of the event, Presidents of the five European Academy Networks (Academia Europaea, ALLEA, EASAC, Euro-CASE and FEAM) joined the European Commission Director-General for Research and Innovation, Dr Robert-Jan Smits.

SAPEA Chair for 2017 and ALLEA President Professor Günter Stock voiced his appreciation that “the Commission has established a comprehensive system for providing independent and evidence-based scientific advice for EU policymaking. The five European academy organisations look forward to constructively working together with SAM’s High Level Group.”

Director-General Smits welcomed the launch of SAPEA: “Today’s agreement with the five European Academy Networks will boost the Commission’s Scientific Advice Mechanism. It will allow it to tap into the Academies’ broad knowledge across disciplines and regions in Europe. The Commission is looking forward to this new partnership with the Academies.” 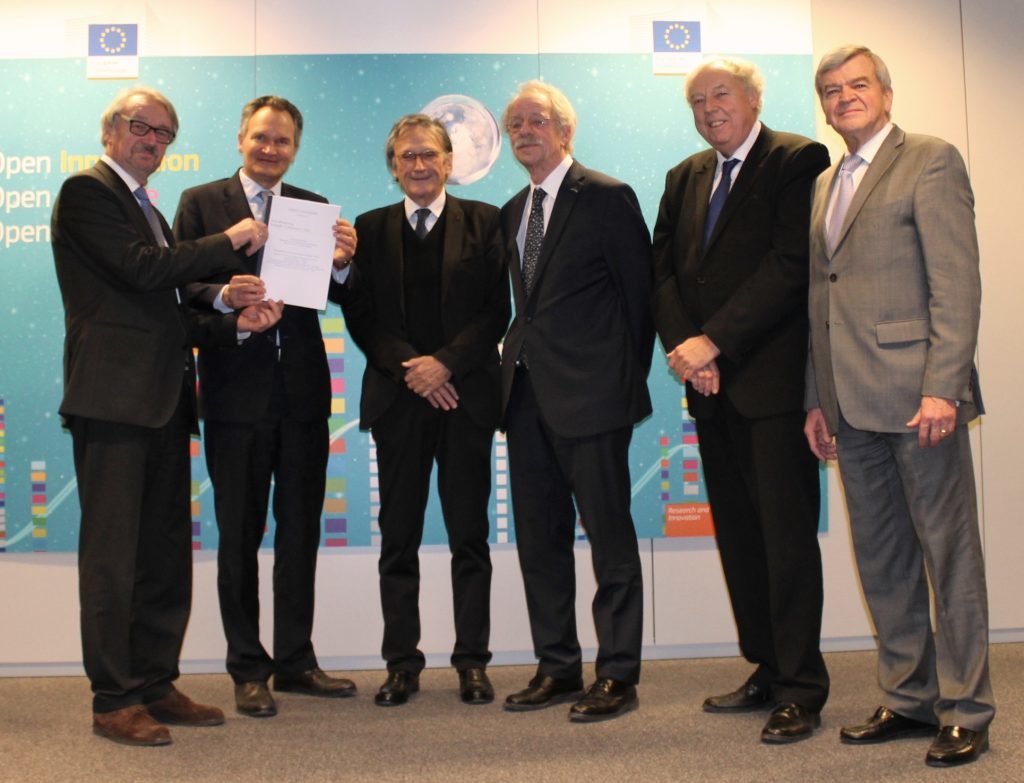