Food from the Oceans work discussed at Seafood Expo Global 2018

The recent work on food from the oceans by the European Group of Chief Scientific Advisors and SAPEA was discussed at the Seafood Expo Global in Brussels, Belgium on 25 April 2018.

The event was titled “Food from the Oceans, a look into our future”, and featured European Commissioner Karmenu Vella, responsible for Environment, Maritime Affairs and Fisheries. He was joined by other high-level speakers who discussed the future of sustainable fisheries and aquaculture, at both EU and global scale.

Professor Rolf-Dieter Heuer (Chair of the Group of Chief Scientific Advisors) presented the Food from the Oceans Scientific Opinion, informed by SAPEA’s Food from the Oceans Evidence Review Report. Other speakers included Mr Nilanto Perbowo (Director General for Strengthening of Marine and Fishery Products Competition, Ministry of Maritime and Fishery Affairs, Republic of Indonesia) and Dr Manuel Barange (Food and Agriculture Organization Director of the Fisheries and Aquaculture Policy and Resources).

The event was moderated by Daniel Friedlaender, Head of EU Office Sky.

Find out more about the event. 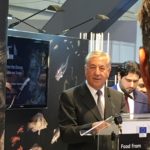 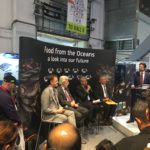 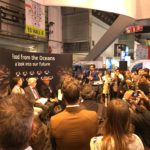 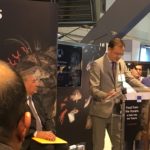