SAPEA’s Food from the Oceans public engagement activities extended to yet another European coastal city. Together with the Union of German of Sciences and Humanities and the Academy of Sciences in Hamburg, SAPEA organised a panel discussion on the topic on 5 October.

The event slotted in with the German Year of Science 2016*17 Seas and Oceans conceptualised by the Federal Ministry of Education and Research which aims to explore the many facets of the oceans in various projects bringing scientists and the general public together.

The panel consisted of Dr Gerd Kraus, Director of the Thünen-Institute of Sea Fisheries, Dr Gesche Krause, a Social Scientist of the Helmholtz Centre for Polar and Marine Research, and Prof Dr Marian Paschke, Director of the Institute for the Law of the Sea and for Martime Law at the University Hamburg and member of the Academy of Sciences in Hamburg. The event was opened by the President of Academy of Sciences in Hamburg, Edwin Kreuzer before the chair of the SAM High Level Group, Professor Rolf-Dieter Heuer and member of the SAPEA Board, Professor Ole Peterson introduced the audience to SAM and SAPEA respectively.

Despite severe weather conditions caused by storm Xavier, around 120 people came to listen and participate in the discussion. The audience questions revealed that there is indeed a lot of interest in sustainable food generation from the Seas, but also more generally around maritime topics.

Find out more about SAPEA’s work on the Food from the Oceans topic and previous public events in Bergen, Norway and Cardiff, UK. 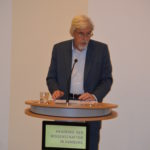 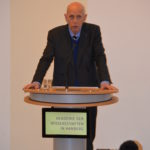 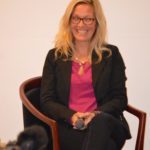 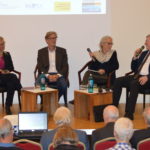 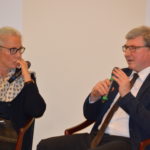